Church of the Messiah Churchyard and Woods Hole Village Cemetery 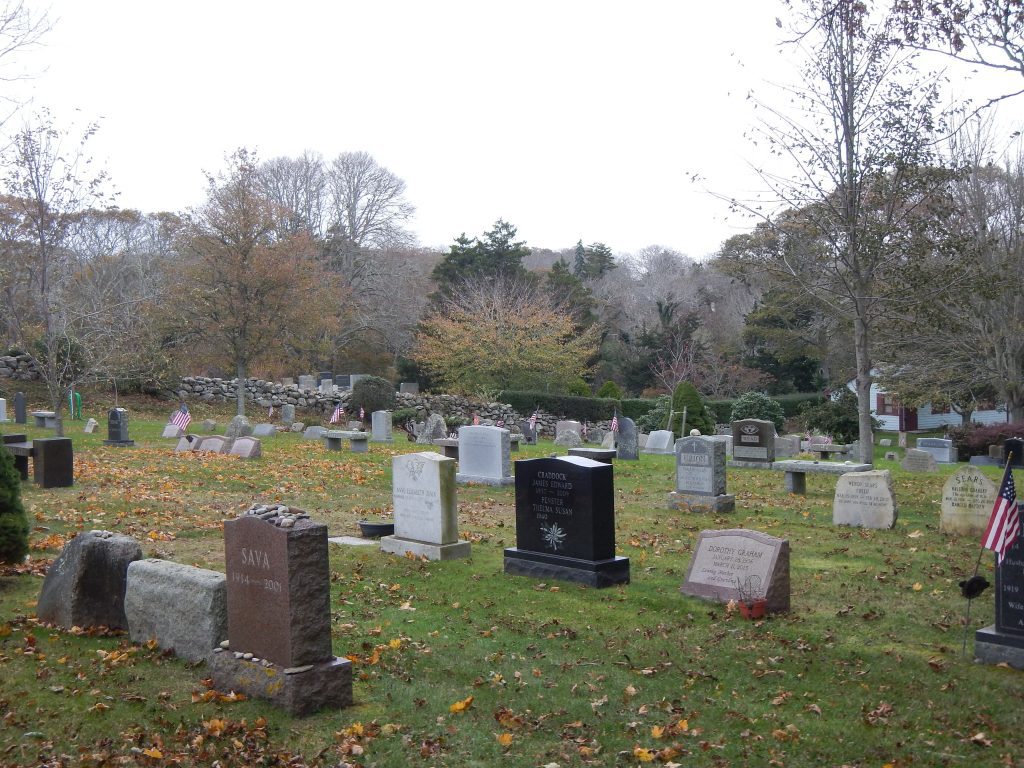 The mission of the Church of the Messiah relevant to the Churchyard, Memorial Garden and the Woods Hole Village Cemetery is, firstly, to provide a sacred place of interment for the remains of members of the Church of the Messiah and their families, for residents of Woods Hole regardless of their faith, and for such others as may be approved by the Vestry of the Church upon recommendation from the Cemetery Committee. Secondly, the mission is to protect these properties and to provide perpetual care for them.

According to Parish history, the Parker family set aside farm land for the use as a cemetery for Village residents in the late 18th century. The oldest known burial is of Fanny Parker, likely the daughter of Joseph and Hannah (Stone) Parker, who died in 1788.  In 1802 the first plot was recorded in Barnstable County.

The First Church was erected next to the Village Burying Ground in 1852.  Shortly after, the Church of the Messiah assumed control and responsibility of the Woods Hole Village Cemetery and currently maintains the Churchyard as well.  A number of historical figures are buried in the Cemetery: Sea captains, Nobel Laureates, Revolutionary heroes, and many local families as well as scientists from the Woods Hole scientific institutions.

The Cemetery Committee publishes an annual Letter at the beginning of the year, outlining highlights of events from the previous year, honoring memorial gifts, and announcing upcoming plans for the Cemetery. For plot applications, burial arrangements, or any other questions, please contact the Church of the Messiah Administrator who will contact the appropriate member of the Committee (508-548-2145, messiahfisher@comcast.net)

The Committee for the Cemetery meets monthly to discuss issues that pertain to policy and maintenance of the Cemetery.  Please contact either the Church Administrator or either of the co-chairs: Doug Amon (whvillagecemetery@gmail.com) or Dee Aukamp (ddaukamp@gmail.com) for information about joining the Committee or participating in an event.